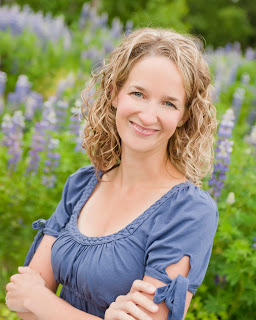 I’m a writer and high school history teacher who has been obsessed with infamous women from history since I was twelve. My newest book, A Most Clever Girl: A Novel of an American Spy is a thrilling novel of love, loyalty, and espionage, based on the incredible true story of Elizabeth Bentley, a Cold War double agent spying for the Russians and the United States.

Prior to turning my attention to the Cold War, I wrote about two women closely connected to the White House. And They Called It Camelot: A Novel of Jacqueline Bouvier Kennedy Onassis is an intimate portrait of America’s most iconic First Lady while American Princess: A Novel of First Daughter Alice Roosevelt, tells the story of Theodore Roosevelt’s hellion of a daughter and how she became Washington’s Other Monument.

My first two novels, The Secret History: A Novel of Empress Theodora and Daughter of the Gods: A Novel of Ancient Egypt reimagine the lives of two of history’s forgotten women: Theodora of the Byzantine Empire and Pharaoh Hatshepsut.

My third and fourth books center around the women who stood behind the greatest conquerors the world has ever seen. The Tiger Queens is the story of Genghis Khan’s wife and daughters, while The Conqueror’s Wife tells of the women who both loved and hated Alexander the Great. With my love of the ancient world, I also joined the H Team to help pen a collaborative novel, Song of War: A Novel of Troy in which I put a new spin on the story of Cassandra, King Priam’s cursed seer of a daughter.

I live with my husband and daughter in Alaska, where I’m always working on my next novel.