Home > Books > Her Lost Words: A Novel of Mary Wollstonecraft and Mary Shelley 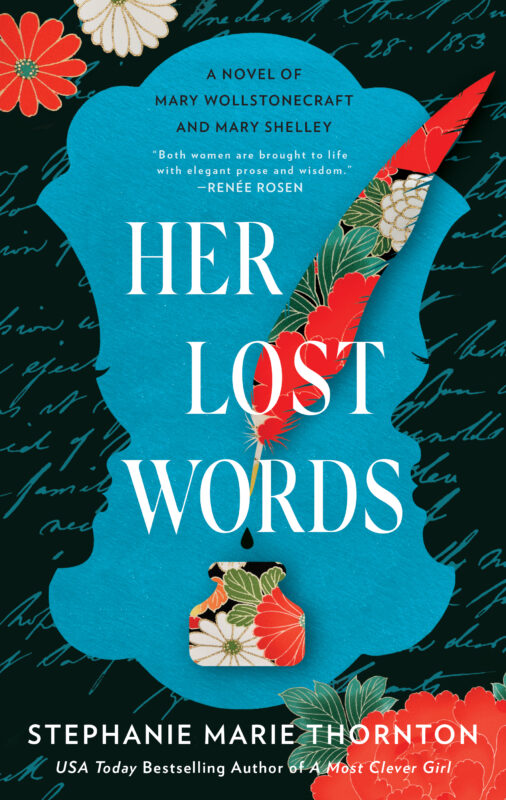 Her Lost Words: A Novel of Mary Wollstonecraft and Mary Shelley

From A Vindication of the Rights of Woman to Frankenstein, a tale of two literary legends—a mother and daughter—discovering each other and finding themselves along the way, from USA Today bestselling author Stephanie Marie Thornton.

1792. As a child, Mary Wollstonecraft longed to disappear during her father’s violent rages. Instead, she transforms herself into the radical author of the landmark volume A Vindication of the Rights of Woman, in which she dares to propose that women are equal to men. From conservative England to the blood-drenched streets of revolutionary France, Mary refuses to bow to society’s conventions and instead supports herself with her pen until an illicit love affair challenges her every belief about romance and marriage. When she gives birth to a daughter and is stricken with childbed fever, Mary fears it will be her many critics who recount her life’s extraordinary odyssey…

1815. The daughter of infamous political philosopher Mary Wollstonecraft, passionate Mary Shelley learned to read by tracing the letters of her mother’s tombstone. As a young woman, she desperately misses her mother’s guidance, especially following her scandalous elopement with dashing poet Percy Bysshe Shelley. Mary struggles to balance an ever-complicated marriage with motherhood while nursing twin hopes that she might write something of her own one day and also discover the truth of her mother’s unconventional life. Mary’s journey will unlock her mother’s secrets, all while leading to her own destiny as the groundbreaking author of Frankenstein.

A riveting and inspiring novel about a firebrand feminist, her visionary daughter, and the many ways their words transformed our world.

Target
Hudson Books
Bookshop.org
About the Book
Look Inside
Disclosure of Material Connection: Some of the links in the page above are "affiliate links." This means if you click on the link and purchase the item, I will receive an affiliate commission. I am disclosing this in accordance with the Federal Trade Commission's 16 CFR, Part 255: "Guides Concerning the Use of Endorsements and Testimonials in Advertising."