5 Star Review: The Lion & the Rose

My Review: I’m not sure how it’s possible, but I enjoyed
Kate Quinn’s The Lion and the Rose even more than the prequel, The
Serpent and the Pearl. It’s often all too easy to guess the twists and
turns of a story: how a novel is going to finish and which
characters will saunter off together, but this is not that book! Part
of the genius of Quinn’s novel is its amazing cast of characters; feisty
nun-turned-cook Carmelina (who keeps a mummified saint’s hand in her
skirt), sarcastic Leonello (the dwarf bodyguard with a pocket full of
knives), or the deceptive Bride of Christ Giulia Farnese (who plays the
whore, but has a heart of gold and a quick mind hidden under all her
blond hair). Just when you think you know each of them, each is plunged
into further Borgia drama and left to scrabble on their own to survive.
And, as always, Quinn delivers a stunning backdrop to the reader,
eliciting the heavenly smells of a Renaissance kitchen all the way to
the foul stench of the meanest alleyways in Rome.

This is the
Renaissance at its best (and really, the Borgias at their worst), but be
warned: The Lion and the Rose will keep you flipping pages long into
the night!

Synopsis: From the national bestselling author of The Serpent and the Pearl comes
the continuing saga of the ruthless family that holds all of Rome in
its grasp, and the three outsiders thrust into their twisted web of
blood and deceit . . .

As the cherished concubine of the
Borgia Pope Alexander VI, Giulia Farnese has Rome at her feet. But
after narrowly escaping a sinister captor, she realizes that the danger
she faces is far from over—and now, it threatens from within. The Holy
City of Rome is still under Alexander’s thrall, but enemies of the
Borgias are starting to circle. In need of trusted allies, Giulia turns
to her sharp-tongued bodyguard, Leonello, and her fiery cook and
confidante, Carmelina.

Caught in the deadly world of the
Renaissance’s most notorious family, Giulia, Leonello, and Carmelina
must decide if they will flee the dangerous dream of power. But as the
shadows of murder and corruption rise through the Vatican, they must
learn who to trust when every face wears a mask . . . 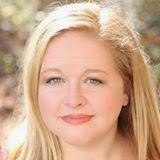 About the Author: Kate Quinn is a native of southern California. She attended Boston
University, where she earned a Bachelor’s and Master’s degree in
Classical Voice. A lifelong history buff, she has written three novels
set in ancient Rome: “Mistress of Rome,” “Daughters of Rome,” and
“Empress of the Seven Hills,” all of which have been translated into
multiple languages.

Kate made the jump from ancient Rome to Renaissance Italy for her fourth
and fifth novels, “The Serpent and the Pearl” and “The Lion and the
Rose,” detailing the early years of the Borgia clan. She also has
succumbed to the blogging bug, and keeps a blog filled with trivia, pet
peeves, and interesting facts about historical fiction. She and her
husband now live in Maryland with a small black dog named Caesar, and
her interests include opera, action movies, cooking, and the Boston Red
Sox.