A Secret About Running & Writing 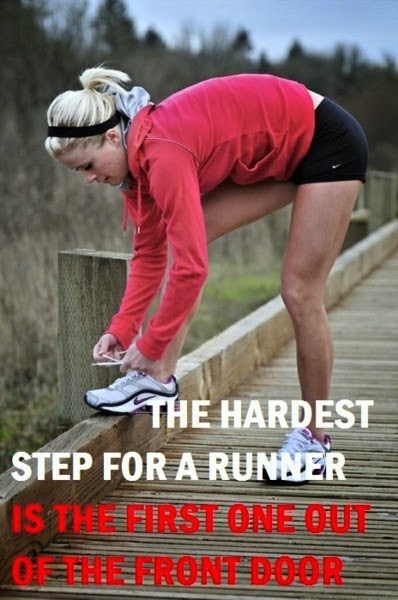 That meme up there is absolutely true, and the same goes for a writer… The most difficult word a writer writes is often the first.

Butt in the chair, right?

But there’s something more. Nobody tells you when you’re first starting to run that it takes a few miles before you warm up and hit your stride. For years, I hated running and never went further than two miles. Because they sucked.

The first two miles still suck. But I put my head down and soldier on, one step at a time. And amazingly, around Mile 3 or 4, almost without fail, it suddenly becomes easier.

(Side note: That easy bit crashes and burns around Mile 8, but ignore that for the sake of the awesome analogy I’m building.)

Yesterday, I stared in agony at my blank page in Word for half an hour (while writing a battle scene, no less, which should have been easy). I desperately wanted to quit, to throw in the towel with an epic daily word count of… 26.

And slowly but surely, the words started to come. It took another half hour to get the four pages I told myself I had to type before I could watch an episode of Doctor Who, but it didn’t matter, because those four pages had suddenly gotten easy.

So, yeah, running is hard. And writing is hard. Sometimes they both downright suck. But often, if you just keep at it, you’ll hit your stride. And although I’m not promising the miles or the words will ever come easy, sometimes they just might.

And regardless, when you’ve finished that long slog of a run or the chapter that almost killed you, you feel really, really damn good.

And then you can eat ice cream cake and watch Doctor Who.