A Tale of Alchemy & Murder: The Red Lily Crown 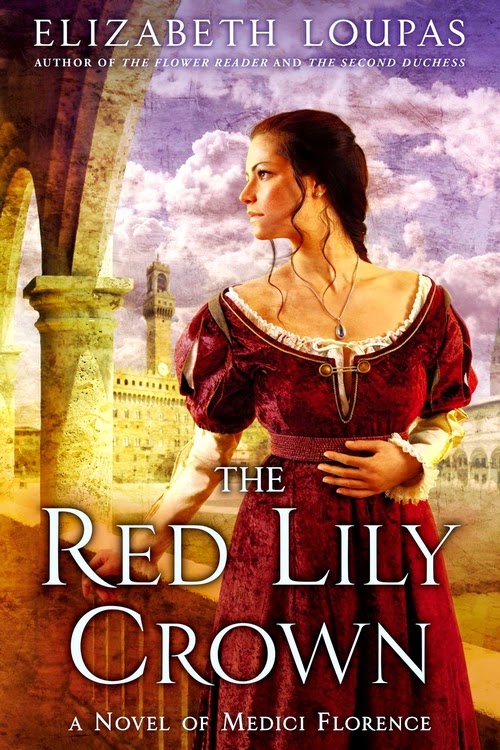 My Review: Everyone knows about Cosimo and Lorenzo de Medici, and Florence’s place center-stage during the Renaissance, but in The Red Lily Crown, Elizabeth Loupas brings to life the complicated character of Francesco de Medici and a little known facet of Renaissance life: alchemy.

I dearly love reading about the lesser-explored aspects of history and I thoroughly enjoyed experiencing the life of a female alchemist through the eyes of Chiara Nerini, a bookseller’s daughter who is swept into the torrid events of the Medici court. This novel is definitely not your run-of-the-mill historical fiction, but a decadent and dark feast for the imagination.

Synopsis:
April, 1574,
Florence, Italy. Grand Duke Cosimo de’ Medici lies dying. The city is
paralyzed with dread, for the next man to wear the red lily crown will
be Prince Francesco: despotic, dangerous, and obsessed with alchemy.

Chiara Nerini, the troubled daughter of an anti-Medici bookseller, sets
out to save her starving family by selling her dead father’s rare
alchemical equipment to the prince. Instead she is trapped in his
household—imprisoned and forcibly initiated as a virgin acolyte in
Francesco’s quest for power and immortality. Undaunted, she seizes her
chance to pursue undreamed-of power of her own.

Witness to
sensuous intrigues and brutal murder plots, Chiara seeks a safe path
through the labyrinth of Medici tyranny and deception. Beside her walks
the prince’s mysterious English alchemist Ruanno, her friend and
teacher, driven by his own dark goals. Can Chiara trust him to keep her
secrets, even to love her ,or will he prove to be her most treacherous
enemy of all?

About the Author: Elizabeth Loupas lives near the Elm Fork of the Trinity River, halfway between Dallas and Fort Worth, Texas.

She hates housework, cold weather, and wearing shoes. She loves animals,
gardens, and popcorn. Not surprisingly she lives in a state of happy
barefoot chaos with her delightful and faintly bemused husband (the
Broadcasting Legend™), her herb garden, her popcorn popper, and two
beagles.