From the Pages of The Iliad: Judith Starkston’s Hand of Fire 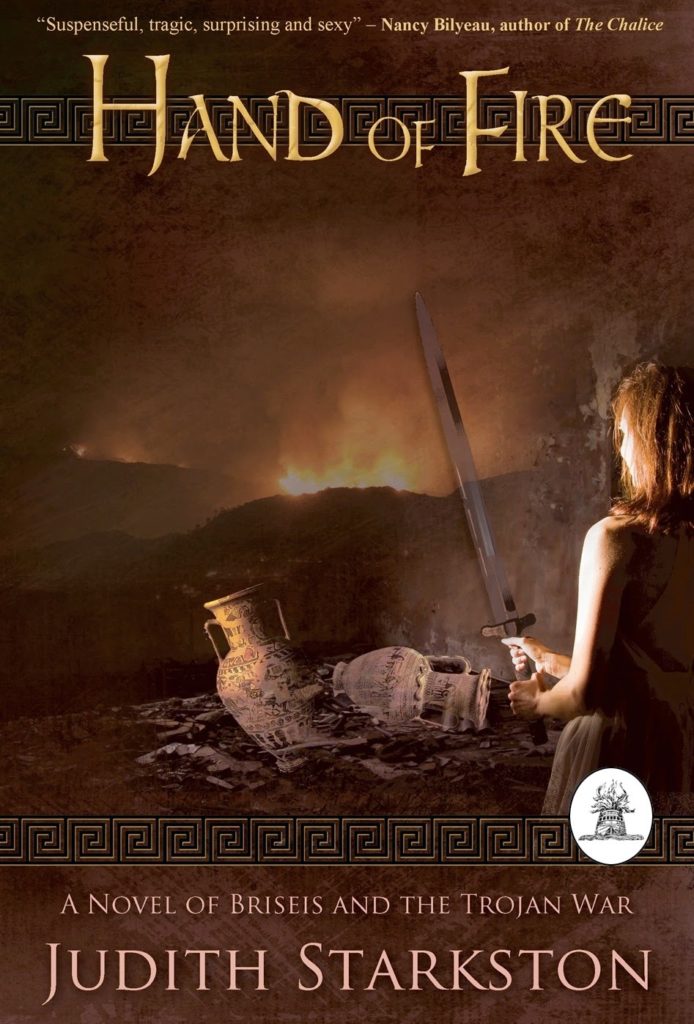 Hand of Fire is an expertly
researched book that blends both the history and mythology of the Trojan
War. I’ve always been intrigued by the character of Briseis, inspiring
as she did Achilles’ temporary withdrawal from the fighting, and here
she comes to vivid life: her early years as a priestess of Lyrnessos,
her first marriage to Mynes, and her brutal capture by the Greeks. This
is a unique look at the Trojan War, told as it is from the point of view
of a slave who commanded the love of one of the greatest epic heroes in
history.

Summary: The Trojan War
threatens Troy’s allies and the Greek supply raids spread. A young healing
priestess, designated as future queen, must defend her city against both divine
anger and invading Greeks. She finds strength in visions of a handsome warrior
god. Will that be enough when the half-immortal Achilles attacks? Hand of Fire, a tale of resilience and
hope, blends history and legend in the untold story of Achilles’s famous
captive, Briseis.

About the Author: Judith Starkston writes historical fiction and mysteries set in Troy and the Hittite Empire. Ms. Starkston is a classicist (B.A. University of California, Santa Cruz, M.A. Cornell University) who taught high school English, Latin, and humanities. She and her husband have two grown children and live in Arizona with their golden retriever, Socrates. Hand of Fire is her debut novel.