Our big trip began when TSA confiscated my daughter’s jar of peanut butter (yes, I was highly annoyed), but picked up from there. We made several stops in Greece last year, but this time decided to hunker down on one island- Crete. Home to the ancient Minoans, Crete could really be its own country and a pretty diverse one at that. 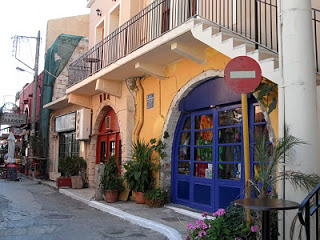 We traipsed through Hania’s picturesque Old Town, found a gelateria (heaven in a cup!) and some lovely souvenirs, 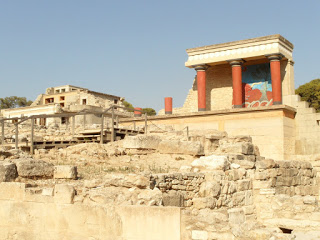 Explored the ancient palace at Knossos (get there early to avoid heat and crowds), 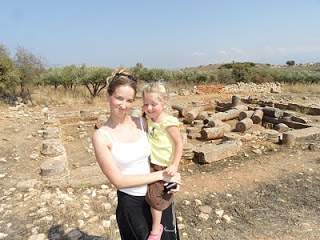 Meandered through Aptera, an ancient and totally deserted Roman site (complete with giant wasps, but still my favorite part of the whole trip), 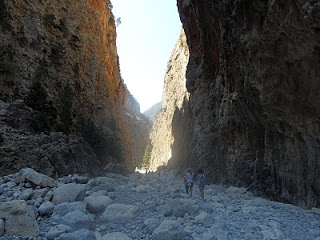 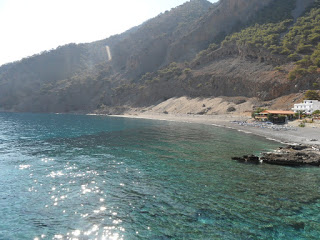 and swam in the Libyan Sea.

So yeah, the trip was awesome!