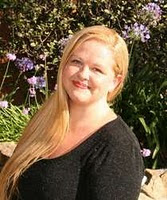 I’m beyond thrilled to have Kate Quinn, author of Mistress of Rome and Daughters of Rome, here to talk about ancient birth control, the Red Sox, and questionable Roman food. (And maybe some writing too). Quinn’s novels are like being plunked into the middle of Forum during a revolt or the Coliseum in the midst of a gladiatorial fight—I just finished Daughters of Rome and absolutely loved it.

I think one of the most awesome parts of writing historical fiction is finding out all sorts of crazy details to weave into the story. My all-time favorite was discovering women in ancient Egypt used crocodile dung as a contraceptive. (Not 100% sure how that worked, but I’m sure it was effective on one level or another). What is the strangest detail about ancient Rome you’ve incorporated into your books?

Crocodile dung? I’ve heard of Egyptian women using auyt gum and acacia tips or pessaries of honey for birth control, but crocodile dung is a new one on me. (And may I say – gross! I don’t think I want to know how they used it . . .) I think one of the most fun details I learned about ancient Rome was the institution of chariot racing. I’m a rabid baseball fan, specifically the Red Sox, and I was astounded to find that Roman chariot racing was very similar to the modern sports scene. For the Boston Red Sox, read the Reds faction chariot team. For their blue-pinstriped arch-rival the New York Yankees, read the Blues faction team. For Fenway Park, read the Circus Maximus track. For the October playoffs, read the Saturnalia festival races. Rabid fans, beer in the stands, “We’re #1!” chants and those guys who show up at the stadium in team-color face paint – ancient Rome is probably to blame for the modern sports team. Only in Roman sports, people died a lot more frequently. A tradition I could completely support as long as it only applies to the New York Yankees . . . 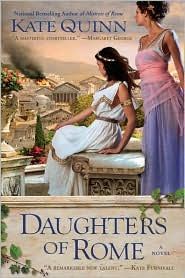 Those ancient Romans had some pretty interesting food—turtle doves boiled in their plumage, sows’ udders stuffed with eggs, and a roast boar stuffed with a roast sheep that was in turn stuffed with game hens all make appearances at banquets in Daughters of Rome. Which modern food would you miss most if you lived in ancient Rome and which Roman food would make you wish for a potted plant to dump your plate into?

I’d miss pasta – which is funny in itself, since it’s hard to think of Italian cuisine without pasta. But ancient Rome didn’t have pasta yet, or at least not the fettuccine my husband makes with torn basil, chopped tomatoes, grilled shrimp, and fresh parmesan. As for a Roman dish that would have me hunting for a potted plant, I think I’ll go with a certain kind of fish that Roman hostesses used to serve still alive, because its scales turned a pretty red color as it died slowly on the plate. As one of my heroines says in Daughters of Rome, I prefer my food to be dead by the time it comes to the table, thank you very much.

You’ve depicted numerous strong women in both Daughters of Rome and Mistress of Rome. Would you say these were typical women of the time or do they fall far outside the norm? Or are they somewhere in the middle?

I think I strive for a balance of both: strong women who are very much of the time they live in, but succeed in living unusual lives despite it. My heroines have to live through exciting events and life-changing adventures, or there would be nothing to write about – yet they have to be real Roman women and not just 21st century women plunked down in the past. Thea in Mistress of Rome is a slave girl who sometimes has to sleep with her master: we regard that as sexual abuse in the 21st century but for her it’s a normal part of life, so she doesn’t bother feeling particularly traumatized about it. Lollia in Daughters of Rome keeps getting married off to one rich man after another and has gone through five husbands by the age of twenty, but she doesn’t bother bemoaning her fate either because arranged marriages are the norm in her world. Thea and Lollia start out in the same place that many historical women of their respective classes did, with the same attitude toward their lot in life. However, since they are lucky enough to live in a book, they will rise above the lot they were born into and end up with very different fates than the majority of real historical women.

I absolutely loved reading Lepida Pollia in Mistress of Rome—I wanted to wring her neck multiple times! I’ve been dying to know which one of your characters was your favorite to write.

Hmm, good question. Maybe I’d have to go with Lepida – she was such an evil shrew, I always grinned whenever I slipped into her head no matter how awful she was being. I love all my other characters, but I did feel guilty sometimes when I wrote about them because I was putting through so many harrowing problems (Thea with her cutting habit, Arius forced to be a gladiator, Cornelia being widowed and Lollia’s abusive husband . . .) Villains are different, because the whole point is to build them up for three quarters of the book, and then knock them flat in the finale. I had a blast building Lepida up into the most devious, callous, backstabbing bitch in the world, because I knew I’d be able to pull the rug out from under her in the end. Wonderful fun.

Daughters of Rome is a prequel to Mistress of Rome and I hear that you have a third book set in ancient Rome in the works. Is this new novel a prequel, sequel, or something totally different?

I somehow ended up writing a trilogy by accident, so rather than the usual 1-2-3 format I ended up with a 2-1-3 order instead. Mistress of Rome came first, then the prequel Daughters of Rome, and my third book Empress of the Seven Hills is the sequel to Mistress of Rome. (Next time I write a trilogy, I’m going to plan things out a little better!) Empress of the Seven Hills centers around two characters who were just children in Mistress of Rome, now grown up and having plenty of adventures during the golden age of Emperor Trajan. Take one brash young soldier looking for glory, throw in a senator’s daughter with a yen for adventure, stir in a scheming villainess, two wars, and lots of political intrigue; light on fire, and serve for an April 2012 release date.

And now for the giveaway! One lucky winner will receive their choice of a copy of Mistress of Rome or Daughters of Rome just by leaving your email and a comment on this post! Blog, Facebook, or tweet about the giveaway and you’ll earn an extra entry.

The winner will be announced Monday, June 13th!