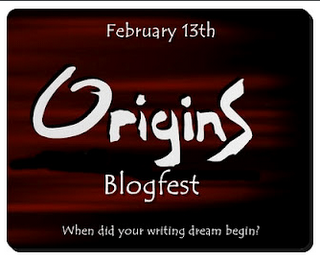 My writing origins started probably ten years ago when I discovered Ancient Sites, an ancient history role play website. People would make up a character from ancient history, real or fictional, and then write short fiction and interact with other writers.

I especially loved it when I auditioned and landed the role of Hatshepsut. (Woohoo!) Unfortunately, Ancient Sites didn’t last long, but many of the writers created a new site that’s still around, PanHistoria. I wrote all sorts of characters, but couldn’t get the rest of Hatshepsut’s story out of my mind. (Writing with other writers means you’re beholden to their schedule). Then, a few years ago, the site was temporarily down due to a storm.

That’s when I decided to start writing Hatshepsut’s story on my own. It took me two years, but I finally finished. (Strangely enough, I just picked it up a week ago to complete one last edit).

I’ve since discovered that I have a passion not just for ancient Egypt, but for telling the stories of strong women neglected, or forgotten, by history. Hence my book about Theodora, one of the most awesome women ever. And my newest WIP, about not one, but FOUR totally kick-butt women.

I want to be them. Instead, I write about them.

And in other, totally unrelated news, the winner of last week’s grand prize package is…

And the winner of the Querytracker Premium Membership is…