We writers always talk about fiction- all the stories we write and novels we read. But I really, really like a good bit of non-fiction every now and then.

My favorite non-fiction tends to be memoir and biography. Here’s a smattering of books from my list this year: 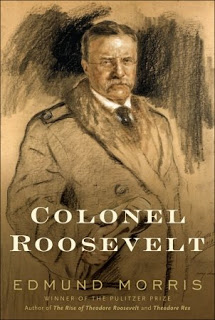 From the dust jacket: Of all our great presidents, Theodore Roosevelt is the only one whose greatness increased out of office. When he toured Europe in 1910 as plain “Colonel Roosevelt,” he was hailed as the most famous man in the world. Crowned heads vied to put him up in their palaces. “If I see another king,” he joked, “I think I shall bite him.”

Had TR won his historic “Bull Moose” campaign in 1912 (when he outpolled the sitting president, William Howard Taft), he might have averted World War I, so great was his international influence. Had he not died in 1919, at the early age of sixty, he would unquestionably have been reelected to a third term in the White House and completed the work he began in 1901 of establishing the United States as a model democracy, militarily strong and socially just. 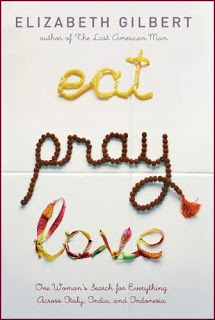 From the New Yorker: At the age of thirty-one, Gilbert moved with her husband to the suburbs of New York and began trying to get pregnant, only to realize that she wanted neither a child nor a husband. Three years later, after a protracted divorce, she embarked on a yearlong trip of recovery, with three main stops: Rome, for pleasure (mostly gustatory, with a special emphasis on gelato); an ashram outside of Mumbai, for spiritual searching; and Bali, for “balancing.” These destinations are all on the beaten track, but Gilbert’s exuberance and her self-deprecating humor enliven the proceedings: recalling the first time she attempted to speak directly to God, she says, “It was all I could do to stop myself from saying, ‘I’ve always been a big fan of your work.'”

I adore Italy- who wouldn’t want to read about pasta and gelato? Yum! 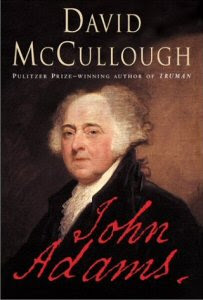 From Publishers Weekly: With a keen eye for telling detail and a master storyteller’s instinct for human interest, McCullough (Truman; Mornings on Horseback) resurrects the great Federalist (1735-1826), revealing in particular his restrained, sometimes off-putting disposition, as well as his political guile. The events McCullough recounts are well-known, but with his astute marshaling of facts, the author surpasses previous biographers in depicting Adams’s years at Harvard, his early public life in Boston and his role in the first Continental Congress, where he helped shape the philosophical basis for the Revolution. The author is likewise brilliant in portraying Adams’s complex relationship with Jefferson, who ousted him from the White House in 1800 and with whom he would share a remarkable death date 26 years later: July 4, 1826, 50 years to the day after the signing of the Declaration.

I love that last little fact- reality truly is stranger than fiction!

4. Judgment of the Pharaoh: Crime and Punishment in Ancient Egypt by Joyce Tyldesley 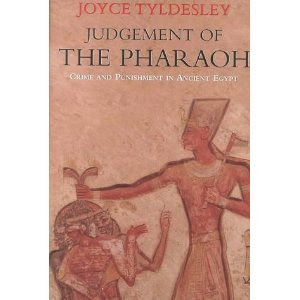 From Publishers Weekly: British Egyptologist Tyldesley (Nefertiti: Egypt’s Sun Queen; Hatchepsut: The Female Pharaoh; etc.), the prolific author of acclaimed books for a general audience, here has all the makings of a bestseller–passion, sex and murder–but she squanders the opportunity with a treatment that is neither comprehensive nor gripping. In the first, and most satisfying, third of the book, Tyldesley aptly examines the administrative structure of the Egyptian judicial system, focusing on the roles of the pharaoh, the vizier and other officers of the law.

This is where I learned how to impale someone on a stake. Pretty awesome.

Did you read any really great non-fiction this year? Do share- I’m always happy to add to my never-ending pile!